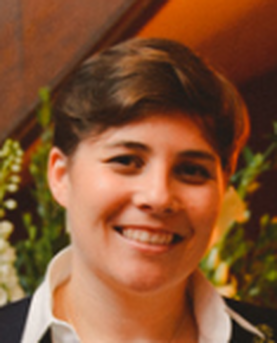 ​Prior to joining the Brandon lab, I earned my Masters degree at Concordia University, working with Richard Courtemanche. Following this, I completed my PhD with Sylvain Williams at McGill University. The focus of my work was to investigate the role of septal glutamatergic neurons in the septo-hippocampal network. Currently, I am interested in exploring how the subpopulations of septal neurons contribute to theta rhythms and grid cell generation in the entorhinal cortex. Starting in May 2018 I am co-supervised by Drs. Mark Brandon and Michael Hasselmo at Boston University. 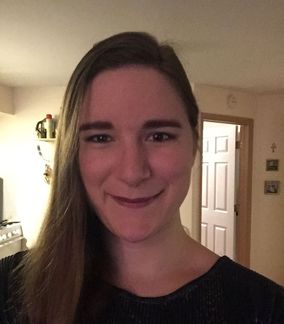 ​Before joining the Brandon Lab, I earned my PhD from the University of Pennsylvania while investigating how cues in the external world shape spatial representations in the broader hippocampal formation at multiple levels of explanation. I plan to continue this work in the Brandon Lab, with an emphasis on understanding how different functional cell types interact to give rise to the representations we all know and love. I am currently supported by a McGill Healthy Brain for Healthy Lives (HBHL) postdoctoral fellowship. 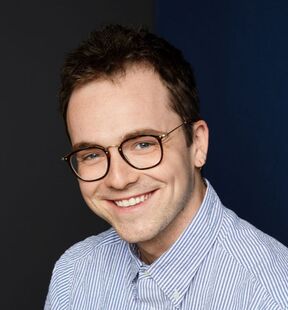 I completed my PhD at the University of Lethbridge under the co-supervision of Drs. Robert J. Sutherland and Robert J. McDonald. The focus of my doctoral thesis was on patterns of memory loss following hippocampal damage, and features of hippocampal population activity that are not accounted for in popular models on the role of the hippocampus in long-term memory. We developed a new concept to explain these observations and generate novel predictions on the relationship between hippocampal function and memory performance in a five-dimensional parameter space, or "memory manifold." My work in the Brandon lab continues to focus on the relationship between the hippocampus and long-term memory, with a particular focus on the effects of emotional experience (drug dependency and fear) on contextual coding schemes. I am supported by a Fonds de Researche Sante (FRQS) post-doctoral fellowship award. 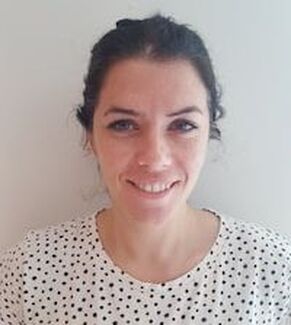 Before joining the Brandon lab I earned my PhD from the University of Buenos Aires (Argentina) investigating hippocampal mechanisms involved in cocaine-associated memories persistence in time. Following my PhD I was a post-doctoral trainee at the TCNLab, at the University of Western Ontario, where I studied the role of adult born neurons of the dentate gyrus in a cognitive process known as pattern separation. My work in the Brandon lab continues to focus on the role of these particular neurons and the neuronal circuits that govern pattern separation. I am currently supported by a Canadian Institute for Health Research (CIHR) fellowship award. 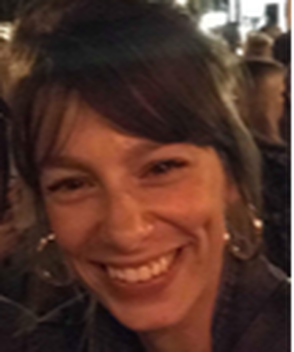 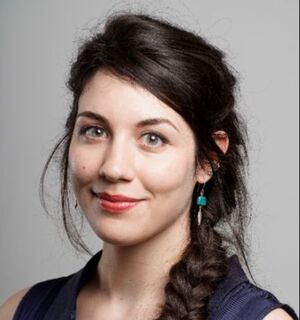 I joined as a postdoctoral fellow in 2019 as a member of the Brandon and Williams labs and as a member of the McGill-Mouse-Marmoset (M3) platform (www.m3platform.org). We developed this high-throughput platform to substantially accelerate the acquisition of neuronal activity throughout different brain regions during complex, automated, and standardized behavioral tasks using the Bussey/Saksida touchscreen chambers. We use UCLA miniscopes (miniscope.org) to perform calcium imaging in 12 touchscreens recording chambers designed for mice. I’m interested in how large population of neurons underlie memory function, and my current project aims at investigating the memory-linked code for time and reward in CA1 and CA3 areas of the hippocampus. Prior to joining the Brandon and Williams labs, I completed my PhD with Etienne Audinat (Charpak Lab, Paris) where I investigated the involvement of microglial cells in the maturation and wiring of neocortical networks, using a combination of ex vivo electrophysiology, optogenetics, molecular biology and immunohistochemistry approaches. 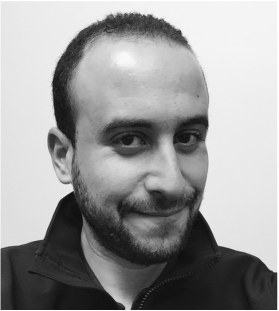 ​
I'm a PhD student in the Integrated Program in Neuroscience (IPN). My work focuses on studying the generation of head direction (HD) cells in the mouse brain. I hold a bachelor's degree in electrical engineering from Ecole Polytechnique de Montreal (Canada) and a Master's degree in telecommunications engineering from Supelec (Paris, France). Before joining the Brandon lab, I was a  visiting student at MIT (Boston, MA) where I finished my Master's project and worked on various research topics that combine engineering and neuroscience. 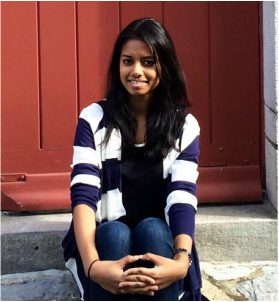 I am a PhD student in the Brandon lab. I am interested in understanding the neural circuits responsible for spatial navigation and memory. In particular, I find the micro-circuitry of the medial entorhinal cortex very interesting. Before starting my PhD studies, I completed my MSc in Neuroscience at the University of Edinburgh. Over there, I worked under the supervision of Prof.Matthew Nolan. While working in his lab I performed whole cell-patch clamp recording in brain slices of the MEC and performed neural reconstructions of the patched cells. 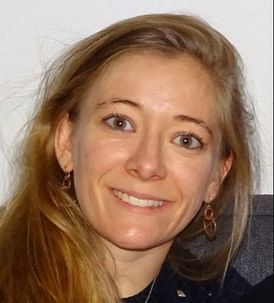 ​I am a PhD student in the Integrated Program in Neuroscience (IPN) at McGill University. I am interested in understanding how the context information of aversive memories is encoded, using calcium imaging. Prior to joining the Brandon lab, I completed my Doctorate in Pharmacy at the University of Montpellier (France) and discovered the field of neuroscience research in 2016. I worked at CNRS in Montpellier (France) on the mechanisms underlying drug resistance in epilepsy, and then at the Douglas Research Institute in the Kieffer lab studying the effect of drugs on the mu-opioid receptor. 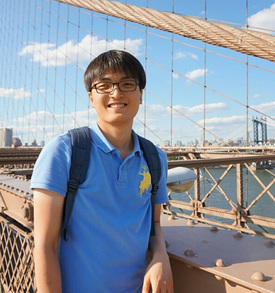 ​I joined the Brandon Laboratory as a graduate student in September 2015. I completed my B.A. in Psychology from McGill University. Prior to joining the lab, I worked in Yogita Chudasama's laboratory as a research assistant exploring the role of the prefrontal-entorhinal circuitry in executive function. I am currently investigating the role of entorhinal and hippocampal circuits in generating spatial and temporal representations using in vivo electrophysiology and optogenetics. 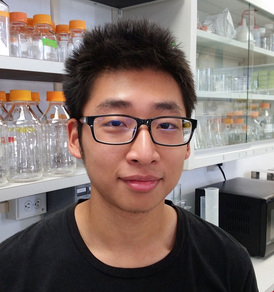 I joined the Brandon Lab as a Masters student in September 2017. I previously spent two years of my Neuroscience undergraduate degree at McGill University ​volunteering in the Brandon Lab where I learned how to carry out in-vivo single unit recordings in neural circuits that underlie spatial navigation and behaviour. Currently, I study how spatially tuned neurons in the medial entorhinal cortex change as memory function decreases in transgenic models of Alzheimer's disease. I am currently supported by a Canadian Institute for Health Research (CIHR) graduate award, and previously supported by a Fonds de Recherche Sante (FRQS) fellowship. 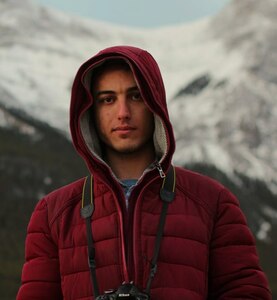 I joined Dr. Mark Brandon's Lab as a Ph.D. student in January 2019. I am interested to understand the mechanisms of learning in both biological and artificial neural networks, with an initial goal to develop new analytical tools to characterize population dynamics during complex behavioral tasks. I hold a Master degree in Physics from the University of Calgary. During my M.Sc., I studied the neuronal avalanche statistics of different preparation of neuronal cultures and different dynamical regimes. 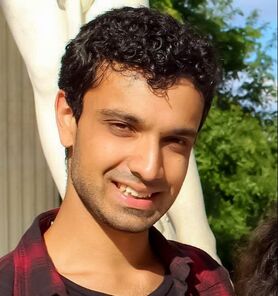 I received my MSc. (Psychology) from McMaster University, where I studied the sound localization properties of neurons in the inferior colliculus of echolocating bats under the supervision of Dr. Paul Faure. I then worked as a Research Technician at the Sunnybrook Research Institute under Dr. Clement Hamani, studying models of PTSD and traumatic brain injury using deep-brain stimulation in rodents. I then joined the Brandon and Williams labs as a Research Assistant to help establish a high-throughput research platform combining miniscope calcium imaging and automated touchscreen behavioral tasks. I officially began as a PhD student in the Brandon lab, co-supervised by Dr. Sylvain Williams, where I continue to apply these techniques to map multiple memory systems in the rodent brain. 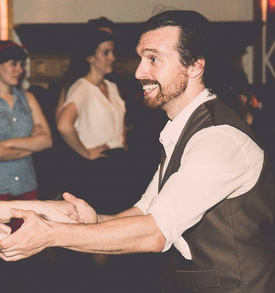 ​By day I'm the Lab Manager at the Brandon lab, with a method-development-oriented-mind, with too many topics of interest to list here... and by night, I'm out dancing Jive or brewing beer. 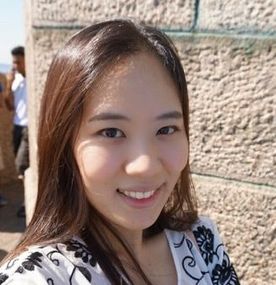 As a research assistant in the lab, I carry out various tasks such as building microdrives, cutting brains, and running behavior testing. I am interested in how spatial memory is stored in the brain. Outside of the lab, I love to play the piano and watch movies.